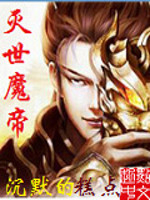 Crossing into a different world and impersonating the Lord of a city, a city encompassing five hundred miles, an elder sister having celestial beauty, and double digit number of lovers.

Tasked to revive a perilous family, Lanling, a third year university student, felt an overbearing pressure on his shoulders.

Hosting the Demon Star in his body, he can directly devour other people’s force and make it his own, he crossed through with a sole mission: To Utterly Destroy This World!

From being the Lord of Tianshui City, becoming the Queen’s husband, to being the World Destroying Demonic Emperor, he became the King of the entire world.

Glossary changes till next retranslation
1 / 164