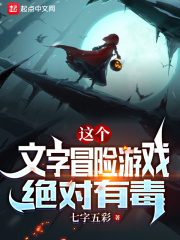 It all started when the protagonist downloaded a game called "The Fool (Internal Beta)". Since then, his life has changed.

A simple text adventure game with no pictures, no music, only lines of text and countless options, but every option in the game will affect the player's fate, because on the opposite side of the game is a real unknown world!

Until one day, the global public beta of the game.

An era of exploration and treasure hunting in different worlds by the whole people through "text adventures" quietly unfolds!

Glossary changes till next retranslation
10 / 0