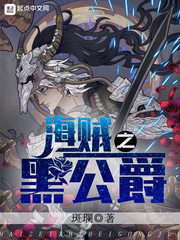 In the spring of 1509, Reinhardt Dawn Polkin and Monkey D. Dragon met in the North Sea, which quietly changed the trajectory of the world.

Although the Revolutionary Army was established at that time, the idea of ​​subverting the world was heard for the first time from Reinhardt Dawn Polkin. While Dragon was shocked, he felt that the waves of the times were finally unstoppable.

How long does it take to start from scratch to becoming a warlord?

How long does it take from warlord to the Four Emperors?

How long does it take to get from the Four Emperors to the King of the World?

The protagonist is reborn in the Pirate World, takes root in North Blue, and becomes an epic world famous pirate in One Piece. This book will not change the character of the original character, and the story line will cut into the original story as reasonably as possible.

Glossary changes till next retranslation
13 / 147