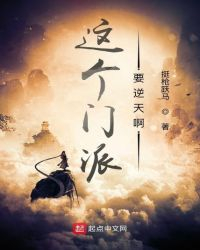 This Faction Wants to Defy the Heavens! 这个门派要逆天啊

When he woke up, Lu Xingzhou became Great Zhou Dynasty's founding Martial Saint and Heaven Defying Monastery's Supreme Elder Taoist. As a transmigrator, Lu Xingzhou discovered very quickly that his sect appeared to be a little weird. The Monastery Head is a rebirther, the Oldest Elder is a reincarnator, the Chief Disciple was turned into a waste two days ago, and the disciples in the sect often got together to discuss about what game's servers were about to go up.

Monastery Head Pei Xunzhen: "Since I've been rebirthed into this generation, then I must struggle against the tides and save Heaven Defying Monastery!"

Oldest Elder An Yueyao: "After travelling through the myriad worlds, I've returned to this time, so I must certainly ascend to the apex!"

This sect really is going to defy the heavens, sigh.

Glossary changes till next retranslation
22 / 79