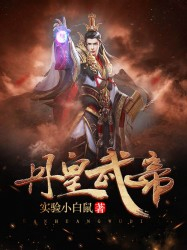 Thousands of years ago, a generation of emperors fought for hegemony on the battlefield of hundreds of races, splitting the empire of all ages wanting to become the ninth emperor.

However, the heroes resisted, hundreds of races went retrograde, and the emperor fought to death and climbed the sky bridge when he proclaimed himself the emperor.

The Queen of Heaven cried blood and cried to the southeast, leading the last remnant army to kill the hundred races in blood. In order to protect the emperor's reincarnation, the queen burned blood and burned his bones to illuminate the Nine Netherworlds, Shura carried the coffin down to the Yellow Spring, The loyal soul of the dynasty lifted the power of offering sacrifices to the heavens, and guarded the reincarnation of the gods and the emperor, and returned to Kyushu.

Glossary changes till next retranslation
6 / 260