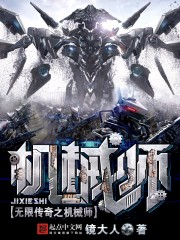 Tang Yu has the ability to communicate with machines, but this is rather useless...

That's because his current status is John Connor, the male protagonist of the «Terminator» series. That's right, he's that convenient leader fellow.

If one has to talk about the benefits, then there are a few. Hey! That T-X over there! Stop looking at Play Boy and pay more attention to your image. We're introducing ourselves here!

But why did this crowd from the Main God Space appear? Ah, so this novel is a infinite worlds type!

Therefore, Tang Yu was now an NPC in their eyes... a muddle-headed plot character...

But this doesn't matter. Tang Yu is doomed to lead his Terminator Legion unhindered among the sea of stars. Fighting Transformers, fighting the Matrix, becoming a CEO, marrying a white, rich, and beautiful woman while stepping toward the peak of life.

Glossary changes till next retranslation
3 / 238