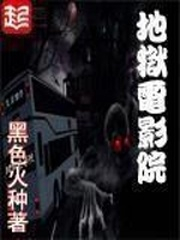 If you pick up a poster of «Hell’s Cinema», you will discover that your name has suddenly appeared on the actor’s list of the horror movie! Though, your name appearing is but the easy part. The horror comes when you participate in the horror film.

Playing a role of a character in it, you have to comply with the requirements of the script. According to the development of the plot. The paranormal activities, the creepy curses, and ghosts from nowhere will all appear together.

Dark corridors, chilly rooms. Yet, you cannot help but continue to go through film’s plot one by one. Sometimes, you’re the main character, but there are times when, perhaps you’re just a minor supporting character. Only by accumulating enough Death Tickets can you escape «Hell’s Cinema».

Ye Jiang, a salaried employee like everyone, after the end of the night shift one day, in the dark corridors, picked up a poster….

Glossary changes till next retranslation
0 / 269